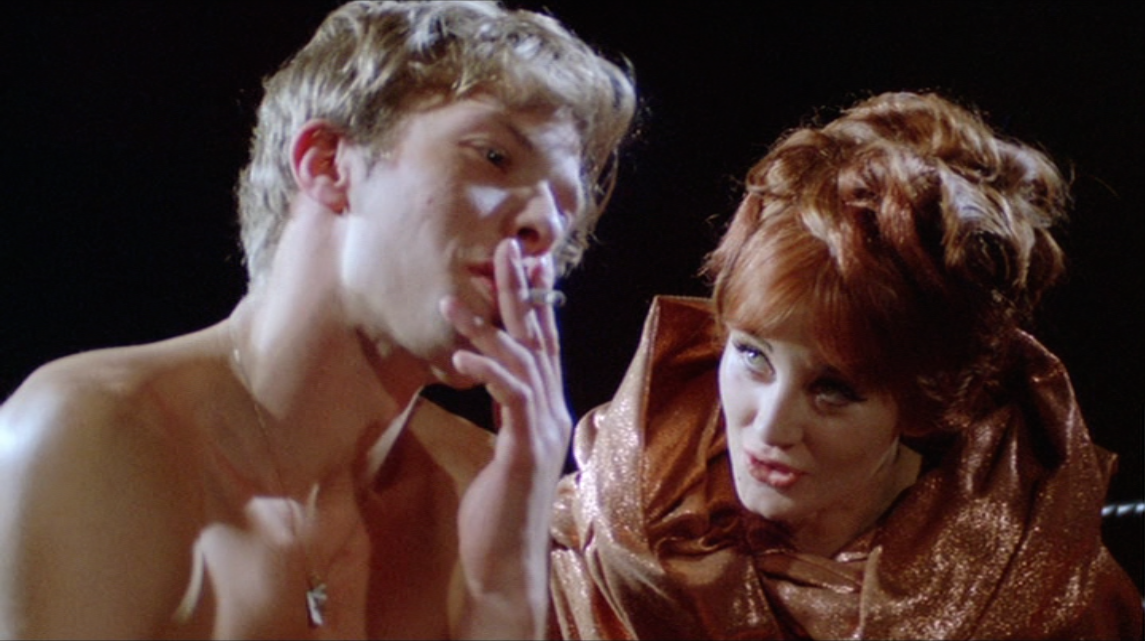 The main reason I came to watch 'Herostratus', other than liking the title and cover, is that it came out in the BFI Flipside series of DVD/Blu-ray dual format releases.  It's a run of obscure, interesting British films from the archives, forgotten marvels given a chance to shine again.  'The Bed-Sitting Room' (1969), which I very much enjoyed, was one such release, and on the basis of it and BFI's release of 'Winstanley' (1975), I find the line very encouraging.

Then, of course, there's the film's basic idea.  In short, a young man goes to an advertising agency to get maximum publicity for his act of suicide.  It's an unpleasantly interesting concept, grim, but ripe for satire and social commentary.  I'd say the film grapples with both of these, but fares less well as a drama or comedy. 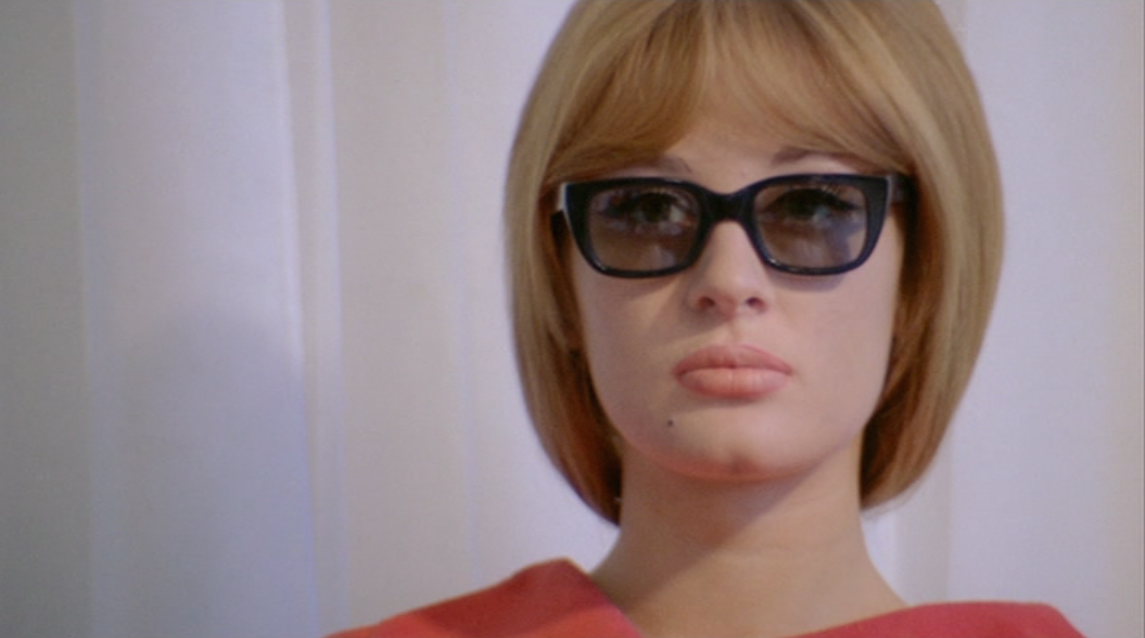 So, we follow Max, the main character, as he approaches the advertising man Farson, a very sixties businessman who comes across like a Number 2 from the same year's psychedelic stand-out 'The Prisoner'.  Farson puts Max up in luxury and sets about publicising a sellably bland version of him to win public support.  The film then intercuts Max's reclusive days in a comfortable black void with archive footage of Ginsberg, Roosevelt, Churchill and Hitler, and juxtaposes sexy dancing with swirling offal, while making ironic comparisons between Max's herostratic desire for suicide and the conspicuous death of Jesus.

It feels like an investigation of ideas, rather than a narrative- or character-led piece.  A discussion, and quite a long one, at two-hours and forty minutes.  At times I wished the film would hurry itself along.  Perhaps I'm too impatient to really engage with this kind of art, or perhaps the film was making its point more slowly than necessary.  I'm inclined toward the latter, as the release also features director Don Levy's 'Time Is' (1964), which wants to wow its audience with the suggestion that time, as we understand it, is a human construct, a point that it makes quite effectively in the first five minutes, but persists with for another 25 - perhaps appropriate, given the content. 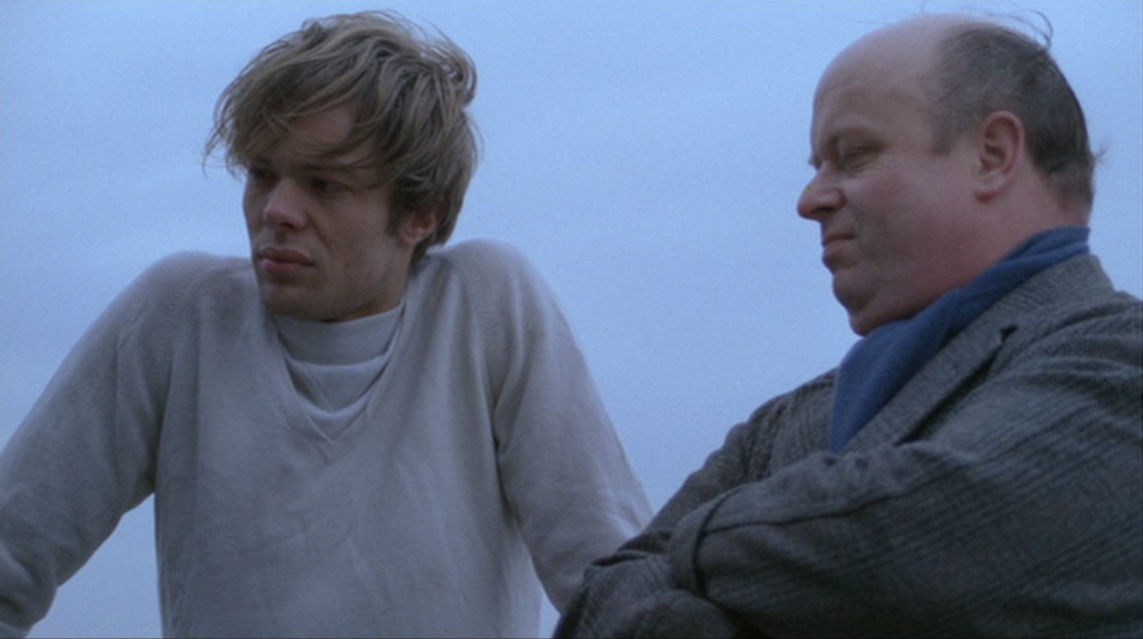 'Herostratus' has a chilling lack of glossiness, making it resemble Eastern and European films more than the American sort that I've come to think of as cinema's default.  The blood red and golden lighting, and the frequent cuts away to black, made me think of the then-recent Ukrainian movie 'Shadows of Forgotten Ancestors' (1964).  (I feel pretentious comparing this art-film you probably haven't heard of to another art-film you probably haven't heard of; I'm only aware of them because I'm doing this film-based blog, and have deliberately sought out some obscure items in the hope of finding treasure.  Somehow it feels like it would be more acceptable if I was doing this with novels, because everybody knows books have an inherent cultural value).

I didn't find a lot of pleasure in 'Herostratus'.  It interested me, but stretched that interest very thin, and I found myself wondering whether I have too much love for the easy comforts of commercial cinema to really get on with art films.  Or maybe I just didn't like this one.  Never mind.


P.S. Herostratus, if you're curious, was an ancient Ephesian who set fire to the Temple of Artemis (one of the Seven Wonders of the World) purely because he wanted to be famous for something.  It worked, and his name lives in infamy, as 'herostratic fame' today means fame at any cost, even fame for atrocities.  Anything to make one's name linger in the public mind.