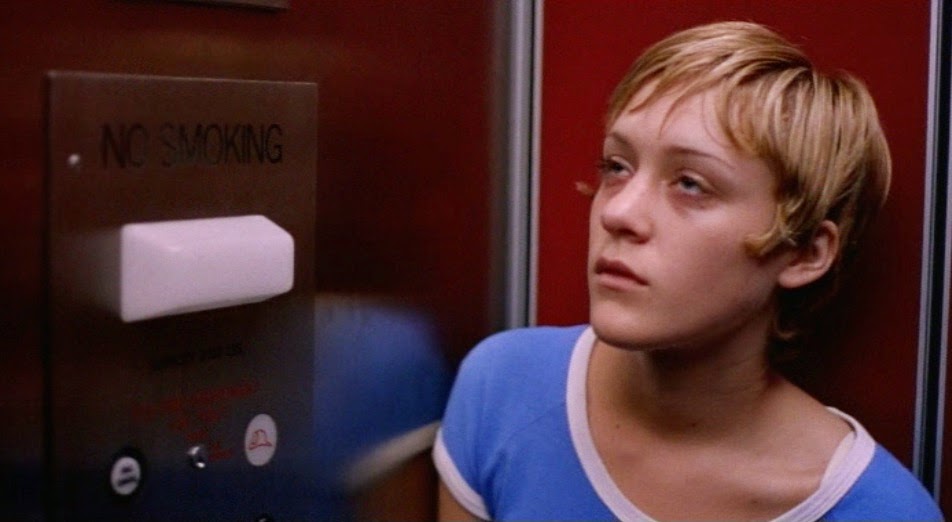 Despite no particular plans in this direction, my film-watching project has encapsulated a lot of films set in New York - from 'Shaft' (1971) and 'Beneath the Planet of the Apes' (1971) to 'Taxi Driver' (1976) and 'Party Monster' (2003), and 'The BQE' (2007) and 'Mary & Max' (2009), and six others besides.  It's a very interesting set of movies, but taken together they present a vision of a formidably ghastly city, full of cars and violent woe, not somewhere you'd particularly want to live or visit.

I didn't know anything about the film when I bought it.  I picked it up from a charity-shop because I found its spine interesting - normally DVD-spines are printed so you can read them when you tilt your head to the right, but this one was like the DVDs of continental Europe, where you have to tilt your head the other way.  The design made it look like 'world cinema', a vague, arty term that I don't often hear applied to American movies, but this is a film seemed to fit both categories.

It's thrillingly disorientating, shot largely in very close-up close-ups and highly saturated colours.  A cast of untried actors overlap their dialogue, and compete with the sounds of traffic and loud music.  It has a documentary feel, a spontaneity.  It feels oddly like real life, rather than performed drama, and it makes other films feel staid and artificial.  I'd expected 'Kids' to be bleak and hard to watch - it's a film full of HIV, romanceless underage sex and other widely-protested content, but it proved to be full of energy and vitality - a much more visceral and important piece than, for example, 'The Titfield Thunderbolt' (1953), the last film I'd looked at.  It passed quickly, and it troubled me.
Posted by Ben Swithen at 19:26