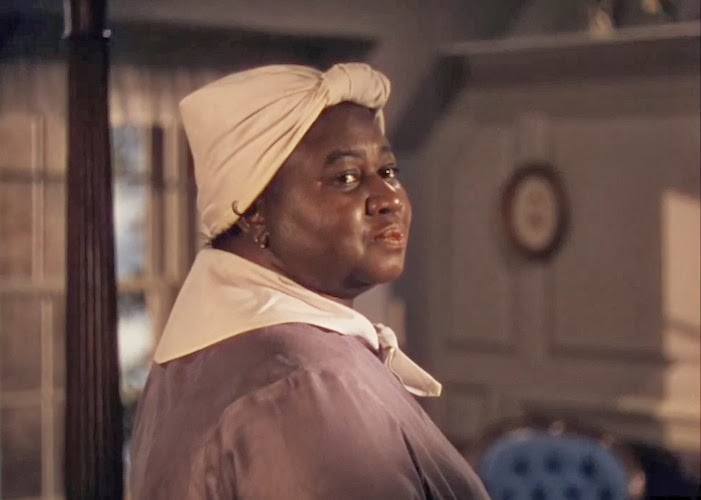 1939 seems to be the year that films got colourful.  There had been excursions away from monochrome as early as 1903, but suddenly, in the last year of the thirties, we had 'Gone With the Wind' and 'The Wizard of Oz' and many lesser-remembered pictures, and it seemed that nothing would ever be the same again.  Alas, global war appears to have caused a relapse into black-and-white, and colour didn't really dominate until the big films of the fifties, and then practically all films from the mid-sixties onward.

1939 is also the year I missed, in my attempts to watch films from every year.  I rather liked the idea of leaving the project frustratingly incomplete, and made no real attempt to rectify the omission.  Eventually, a month after the Penciltonian officially ended, Saskia reminded me that there was a copy of 'Gone With the Wind' in the house; I'd sought it out after our American cousin Cassandra had seen the film and found herself surprised at how enjoyable it was.  It's easy to be daunted by classics, and the famously famous don't always deserve their reputation.

The film, if you don't know, is a great American epic, and a romance of sorts.  It regards Scarlett O'Hara, an excellently self-absorbed Southerner, who has to survive the American Civil War (which is to say, the period of time shortly before the era most Westerns are set in.  Lincoln was on the throne, and his Northern states fought the Southern, partly because of slavery).  It's sometimes classed with 'Ben-Hur' (1959) as an 'Intimate Epic', perhaps because its scope is vast and vistas magnificent, but its focus intensely personal: it matters more what happens to our heroes than whether their country prospers or falls.

It is, as Cassandra noted, an extremely engaging film.  Scarlett is immediately likeable, a young woman too selfish to be dull.  She's wilfully ignorant of the dreary talk of a coming war, and she refuses to submit to social obligations, preferring to dance than mourn, and glad to marry people she doesn't love purely to spite those that she does.  Her story is exciting, surprising and colourful, and holds the attention very well for three hours (though after that, I begun to hope the resolution would come along).

It's a very handsome picture of America, at least in its visuals.  Other than the aspect ratio (widescreen being more than a decade away from popularity at this point) there's really nothing here to tell us that this was made in the 1930s.  Morally it's rather less appealing.  We're not really meant to agree with Scarlett's extreme measures, nor with those from the cruelly charming Rhett Butler who joins her in a complicated romance.  We are, however, expected to admire the American South, and its age of chivalry and slavery.  A slide at the film's start explicitly mentions slave-ownership as a positive part of the Sourthern States' history, and black characters in the film conform to and reinforce a number of stereotypes.  Hattie McDaniel deserves much credit for her performance as Mammie - a crude character played with an amazingly enjoyable gusto that quite rightly merited an Oscar.  Less commendable is Butterfly McQueen's Prissy, a submissive and incompetent character played with so much excitement as to bring to mind that more recent symbol of racism, Jar Jar Binks.

It's a troublesome movie, in some ways a successor to 'Birth of a Nation' (1915), that other huge tale of the American South.  It's not a good film to find yourself compared to.  'Gone With the Wind' is far more entertaining and enjoyable, which might make it the more dangerous of the two.

With 'Gone With the Wind' behind us, it seems the work of The Penciltonian, this century of cinema, can truly end.  The full list of films covered can be found here, and I think it makes a good place to start and to finish.

I suppose I ought to find some 2014 film to comment on, since the new year is now underway, but then what?  I'm giving some thought to repurposing the blog or (if the concept is different) starting a brand new one.  Not another obsessive catalogue or box-ticking exercise, but something new.  I'd be happy to hear any ideas you may have, even very terrible ones.