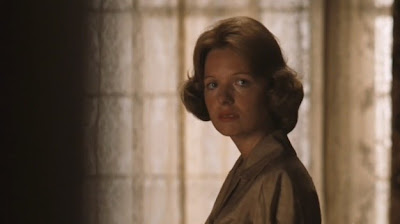 1971's 'Shaft' and 1972's sequel 'Shaft's Big Score!' seemed terribly similar to one another, seeming to present too homogenous a picture of the early seventies, so I resolved to watch another film for one or both of the years, to get a little variety in.  Since I felt I'd ill-appreciated the movie when I first saw it in 2007, I thought I'd watch 'The Godfather', commonly regarded as one of the greatest movies of the Twentieth Century.

Well, it turns out to be excellent.  It feels much more relaxed, more lifelike than 'Doctor Zhivago' (1965), for instance (if I may take an example of a substantial film from the previous decade, the direction and storytelling of which I had applauded).  But you don't need me to commend 'The Godfather'.  So many words have been spent, this last 41 years, in this film's praise that it would be a waste of your time for me to say anything more.

P.S. This is why The Penciltonian won't even be watching 'Citizen Kane' (1941)

P.P.S. I'm aware I've replaced one 1972 New York crime movie with another, but they're as different as they could be.  Nobody would have thought to append an exclamation mark to this movie's title.